Six years ago, March 10, 2010, was the day I was diagnosed with gastroparesis, yet it would be almost another three years before the term “chronic illness” even entered my vocabulary. If I could, here’s what 2016 me would tell that 18 year old girl.

You’ve been sick for five months now. You just got home from your first gastroenterology appointment where after taking your history, pressing on your belly and asking you some questions, the doctor wrote a few words on a post-it note, handed it to you, and then said them out loud.

Huh? You’ve never heard of it, but now that you’re home and consulting the internet you are having a bit of a lightbulb moment. This is it! This describes what’s been happening to you! That flu you had in October seems to have damaged some of the nerves in your stomach. Who knew that was even possible? The doctor told you that these cases usually resolve within two years, so slowly you’re going to get better and better, and in another year and a half you should be good as new. For now, you have a new medication to take and some dietary guidelines to follow. Things don’t seem so bad, but my goodness you can’t imagine being sick for another eighteen months. 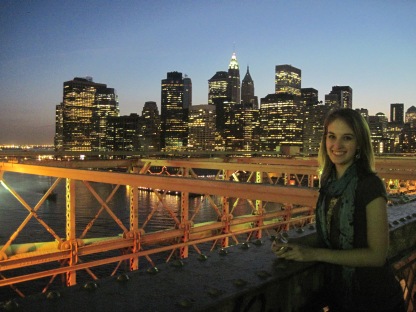 You have a chronic illness.

I know you, so I know that you’re probably thinking sure whatever, but don’t shrug this off. This is important and you need to remember it. You don’t have, “oh it’s just a random stomach thing but I’m fine.”

You have a chronic illness.

Over the next few years you’re going to feel like you’re not good enough. You’re going to be hard on yourself for feeling stressed out by things that seem like no sweat to other people. You will doubt your capabilities, and in an effort to prove to yourself and others that you are cut out for this and that you can keep up, you’re going to push yourself harder than you should.

You’re going to feel like an outcast. You will feel left out because you won’t want to go out late at night and stay out early into the morning. You will mistake your lack of energy for a personality problem. You will find yourself wondering why you’re so boring and why you just don’t seem to fit in.

So let me tell you one more time. You have a chronic illness.

I know what I’m talking about here. I wish I didn’t, but I do. So hear me out, buddy. You are good enough. You have nothing to prove. And you are doing your best. You just have a chronic illness, that’s all.

No matter what happens, and no matter how overwhelmed, stressed or scared you are, I want you to know that you’re going to be okay.

We are going to find our way. We always do.